Hello there, quickly wanted to let you know before reading this post that it goes into detail of the passing of my son. This personal post more than any other has helped me to heal and I am grateful for the opportunity to share my strength in grief and “The Bad Days” Thank you for all your love and support, Trina MarieGrief… Does it ever end!? In my opinion it does not. You may deal with your grief better over time, you accept it and you move forward the best way you can. The way I feel overall has changed with time, but that one feeling of emptiness is always there. This emptiness is a feeling of a completely shattered human being and is the worst pain I can imagine. Every now and then, unexpectedly that pain hits me, just when I thought I was beginning to feel normal again. The truth, normal doesn’t exists anymore and the sooner I accept that the sooner I can continue to process this horrible pain.

Just this past week grief hit me unexpectedly, the only thing I can be grateful for when it happened is that my toddler was still asleep and I had decided not to put on makeup that day. I can not remember what exact thought sent me back to that “one day”, but as soon as I got there it felt impossible to ever get out of that memory. This memory is from the time when my son passed away. I first go back to the last moments I heard his voice, then backwards in time to that dreaded last drive that I will ever have with him on the way to the hospital. I told him it was going to be alright and the doctors would help him feel better, to just close his eyes and rest. He responded, “ok mommy” and closed his eyes as I held him in his car seat. Next, skipping ahead to being in the hospital. Back to the moment when my son turned blue right in front of me, I screamed and ran for the nurses and doctors. I couldn’t handle it, I went screaming into the other room and collapsed on the floor. Just wanting someone to save my son who stopped breathing for no known reason. The doctors attempted to restart his breathing and were able to successfully sedate and get my son on a breathing tube. Scared, terrified and lost, this was the beginning of the end and I didn’t know it, but I felt it. Of course I would never admit that feeling, I wanted so badly to be wrong.

As they kept Patryk sedated to run tests, trying to find out why he had stopped breathing on his own we began to be surrounded by family and friends in abundance. I feel loved when I think of this moment, while I sit on my bathroom floor sobbing during this recent breakdown. It’s the one memory that starts to break the crying episode right before it gets to the most painful moment possible. I remember begging the doctor to just tell me what he was thinking, as he stood in front of me wanting to wait till the results confirmed our worst possible nightmare. Then he said it, that the first scan showed no blood flow to the brain and they were waiting for the second test to confirm. I collapsed, everything went blank, I couldn’t see, I remember screaming or crying, maybe both. It felt like my limp body was being dragged into another room, maybe it was, only in that moment it was the closest I felt to death on earth. It’s like I wasn’t even inside my body and had checked out for a bit. When I came too I remember looking around at my husband and parents immediately feeling like I had ripped every single persons heart right out of their chest myself. Quickly taking control of my emotions the best I could trying to not go back to that original reaction where I could truly have lost all sanity myself.

This was our sixth hospital visit in one year, each episode starting the same way. In the middle of the night Patryk would awake vomiting, with a high fever(103F-105F) and severe headache. During every episode he was admitted to the hospital and was put on fluids to keep hydrated, morphine for the intense pain, medication for the vomiting and antibiotics as a precaution while they ran every test and scan possible to find out why this was happening. Without this treatment his sugars would drop dangerously low and his condition became critical. The weird thing about his situation was every single blood work, CAT scan, MRI and spinal tap looked great. All of the results came back normal, even the numerous tests with the neurologist came back perfectly fine. Doctors were contacting their mentors from around the country and trying to wrap their brain around this unique situation with no results. When these episodes stopped happening for a few months, after being almost a regular once a month thing for five consecutive months, the doctors were relieved and said we may never know what caused them, but the fact that they had stopped was a great sign. Until six months later, nine days after his fifth and final birthday he would have here on earth. This episode we did not see coming, we just packed up our things and ran to the E.R. in the middle of the night with a feeling of dejavou.

The final worst moment I relive is leaving my five year olds body after being told he had passed. It all happened so quickly and now after everything, how was I going to just leave him there? This has to be the moment that hurts more than any mother could ever imagine. How do I just leave him there, still in his room, yes he was gone, but to just walk away leaving his body with strangers felt like the worst feeling possible. What only a few people know is that I had a walking, talking, living and breathing angle with me! I call her my friend and in this moment where I needed someone she gave me the greatest gift she could have ever given me. She said she would stay with him until the last moments they would allow her. Knowing I was not leaving my son with a stranger and even better with a mother, friend and truly amazing person was the best case scenario I could have ever prayed for in one of the worst moments of my life. She is one of the strongest women I know, who has also lost a child and as a professional is a social worker. Their couldn’t have been a more perfect angle or friend to help me through that moment. I thank you more than my words can ever show! I’m so grateful for you, every difficult moment in my life that you were there for and I’m not sure how to ever show that appreciation. Thank you! Without you they probably would of dragged me out of the hospital or worse admitted me in a straight jacket. In that moment my dear friend, you were my savior.

These are the moments I relive the most when I’m having a bad day, in time these breakdowns have become shorter and less often which is a sign of healing. The weirdest part, after a length of time has passed and it’s been a long time since I have broken down it doesn’t feel normal. In these grief stricken moments of complete loss and sadness for some odd reason it feels more normal to me. As a mother if I didn’t feel these intense moments of heartache it would seem as if I was not still hurting, when in reality I hurt everyday and I am just waiting until the next breakdown to let it all out. As much as these moments hurt they remind me that what happened was devastating and I should allow myself to be sad from time to time. All I can be thankful for is that when these grief moments happen I’m not driving, in public or with my children. I never know when it will hit me, but have learned to be grateful for each breakdown as it reminds me how much love I had for my son. Not in the way any parent wants to feel love for their child, but I can not hold, kiss or tell my child in his eyes how much I care. I’ve shed a lot of tears, the pain pours from my eyes because of my love for him.

When these moments of painful memories pass I often find myself looking at pictures, reminiscing that day. Then being thankful for the time I had with him, which is what I’ve said many times before, I will always be grateful. The picture in this post is one that I look at everyday on my kitchen counter, it was his first day of preschool that year and he was so excited to go back and see his teacher and friends. I remember how I said to Patryk I didn’t want to take a picture that day, he said “why you look beautiful” and we held the camera together.

As I learn how to get through “the bad days” the moments of grief, I realize my grief is what also helps me to heal. In the beginning those breakdown moments made me feel as if life was never going to be normal again and as time passes they are the moments that feel the most normal. I’m thankful for the ability to still grieve and process, I am certain that this will be an ongoing process I will deal with the rest of my life. My relationship with the grief will change overtime, but it will always be there.

Other Stories to Explore

Unlabeling my son as the child that passed away

I want to unlabel my son as the child that passed away, let me explain… I’m going to share my […]

I was putting my daughter to sleep when a wave of horrendous pain hit my chest at full force. I […]

In this moment the entire world stopped

I always wondered how I would handle Maxwell reaching preschool age, this is the age still most vivid to me […]

Have you ever ran out of the house quickly, reached your car, started pulling out of the drive way, feeling […] 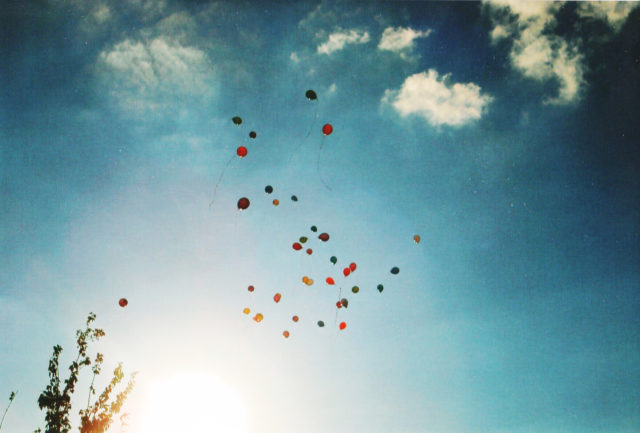 My First Date In Heaven

My time on earth is something I value and don’t want to end till I’m old and gray, but inevitably […]

Dear Friend, We have a special connection, one I didn’t ever want to share with any one, but we do. […]

I had to relearn how to be alone. How to pee alone, brush my teeth alone and drive in the […]

As I stare at her beautiful face and feel so content and full of love. Magical, that is how I […] 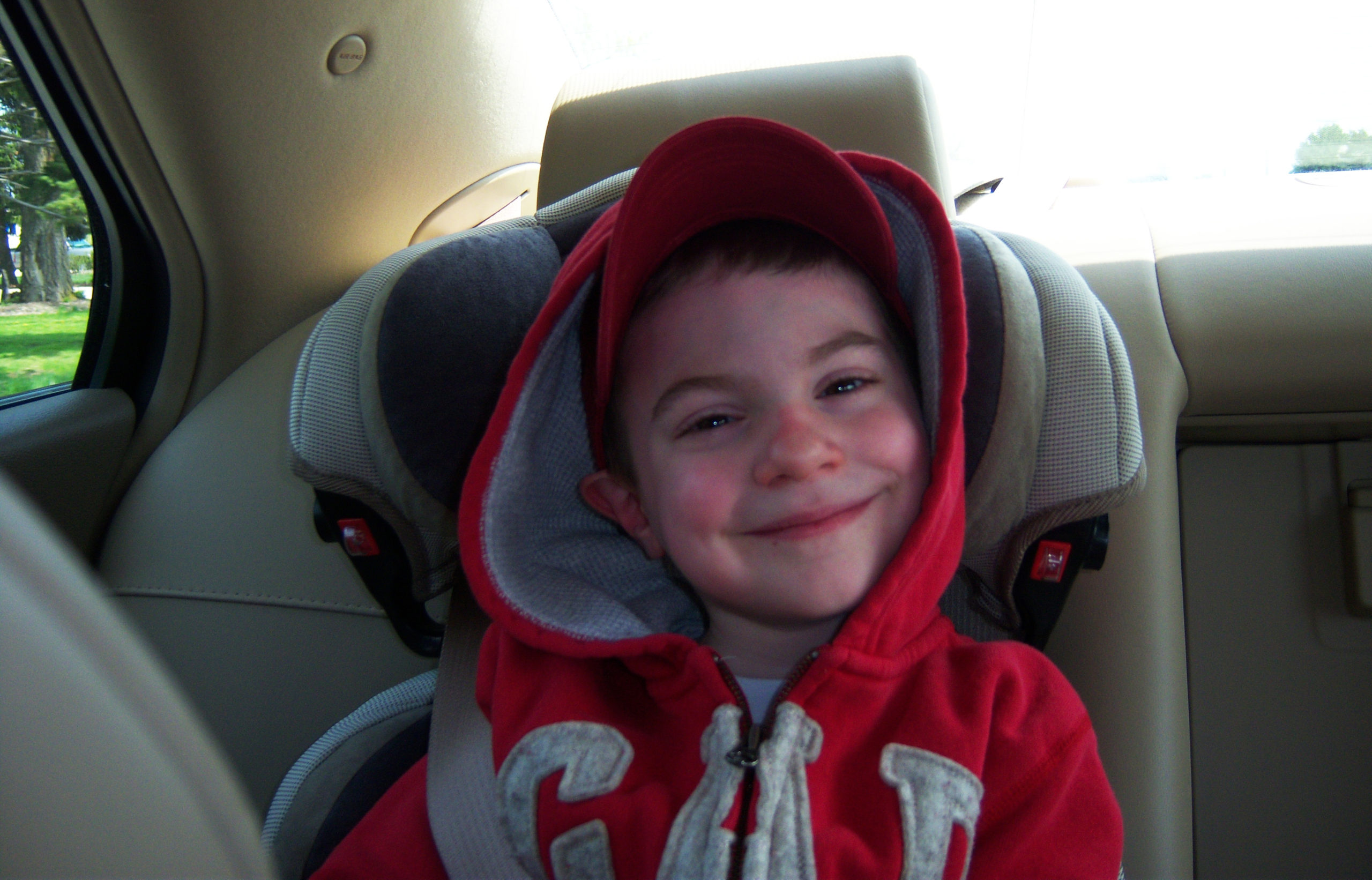 I was driving in the car one afternoon with my son Patryk. The sky was bright and sunny, it was […] 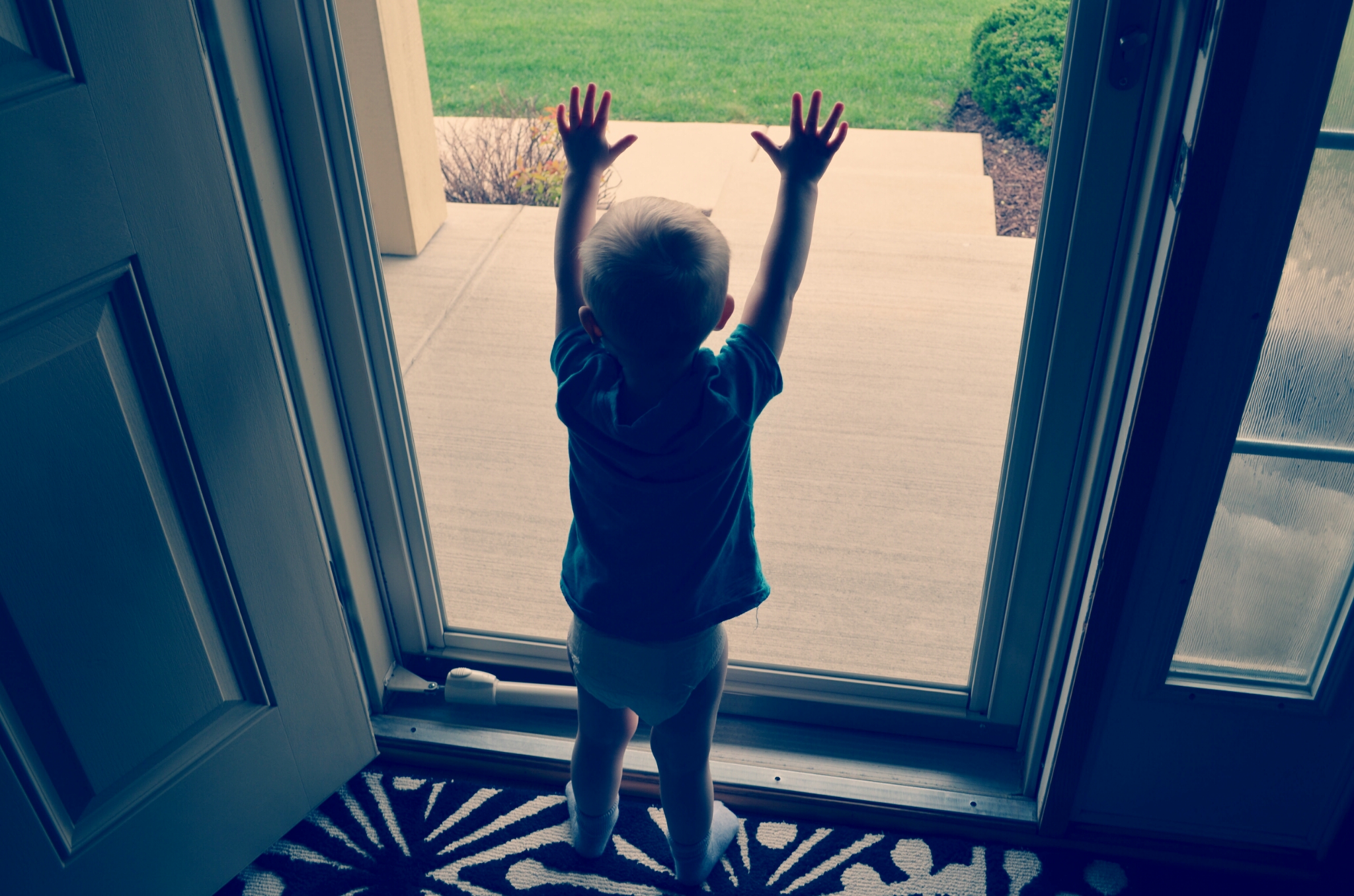 Handprints On The Glass

Watching our children press their little hands onto a freshly cleaned window usually has us feeling defeated. Thus, making us […] 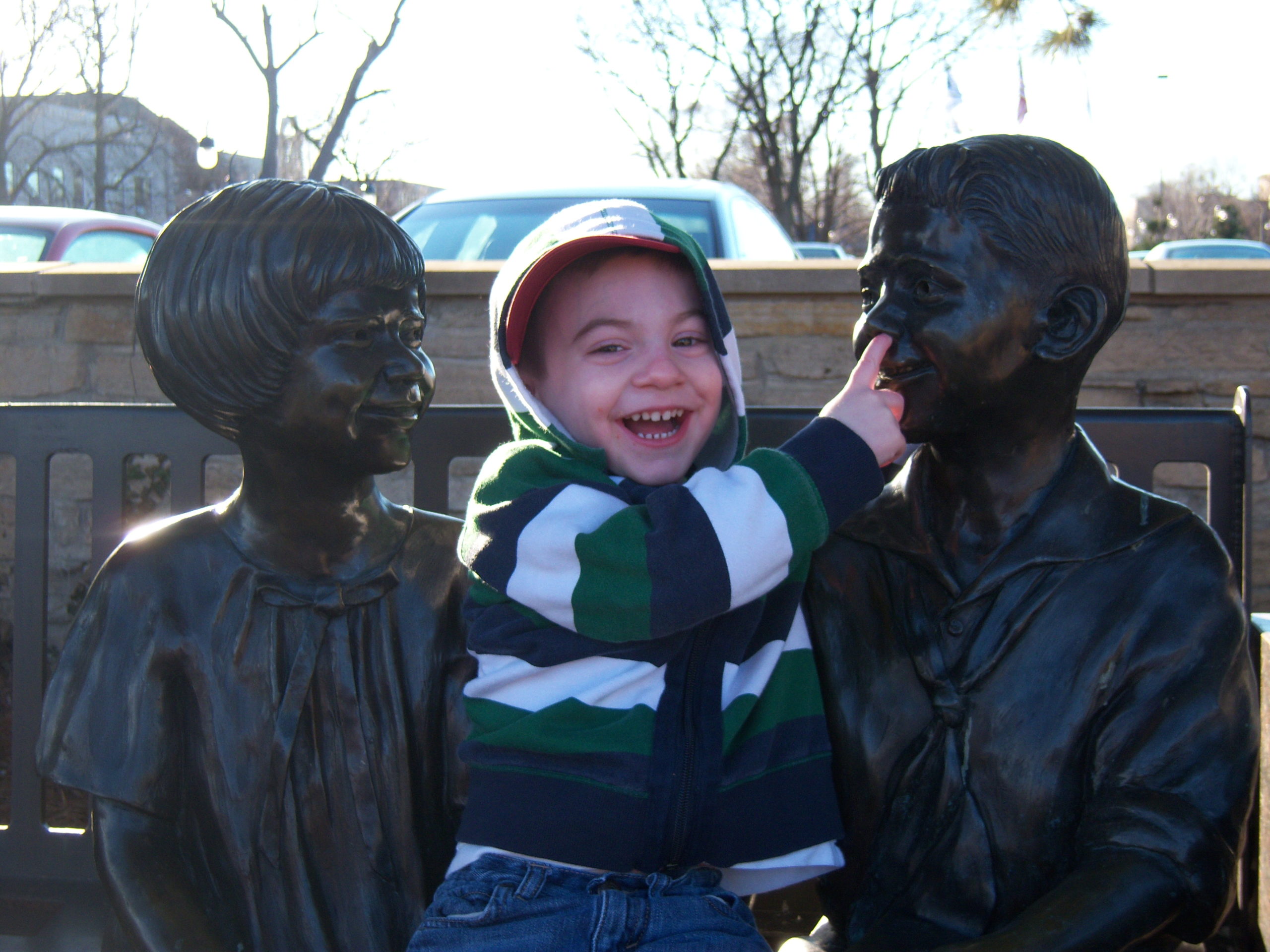 It’s always and never at the same time

For some of you reading this you already know of my first son Patryk, that tragically passed at the young […]

This site uses Akismet to reduce spam. Learn how your comment data is processed.

Welcome to Whisking Mama! I spend the best parts of my day creating delicious and yummy recipes. I share my recipes for the beautiful world to try, to send a bit of love your way! Food. Stories. Love ♡

Read more about me